In 1980, the Congress adopted the “Refugee Law”. The grounds for obtaining refugee status are the same as for providing a political asylum in the United States.

A foreigner who wishes to receive a refugee status must show that he is persecuted in his homeland and is afraid for his life and the life of his family, or that in the future he and his family will be endangered to the fatal outcome.

The grounds for prosecution may be:

In 1989 the “Refugee Law” was supplemented by the so-called “Lautenberg Amendment”. This amendment is applied to former citizens of the USSR, as well as citizens and residents of the CIS countries.

The feature of this amendment is that:
Refugee status may be granted if close relatives live in the United States.

Refugee status can not be applied for by persons: 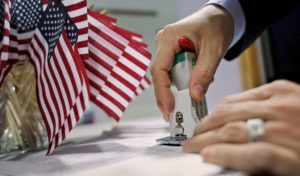 Interviews concerning refugee status are held at the embassy of the USA. The interview itself is similar to the one where a migration officer asks questions he is interested in to determine whether a person has the right to obtain this status. The principal applicant and his family members are interviewed simultaneously, but in different rooms. Each member of the family will be asked questions about the submitted documents, the data that has been provided and their authenticity will be verified. There should not be any divergences in the data provided to an immigration officer. An interview concerning granting refugee status may be in a quite strict form, but this is not done to humiliate your dignity, but to determine the true motives and make a decision about giving this status. As quite a lot of residents of the CIS and the former Soviet Union have already received an asylum in the United States, the Congress annually reduces quotas of this category of citizens.

Also, if you have the right for refugee status but annual financial quotas are depleted, you may be offered to enter the United States on a “humanitarian basis” and receive the status of a Parolee. But you should remember that this status does not provide those privileges and social assistance from the state which are granted to persons who have refugee status. 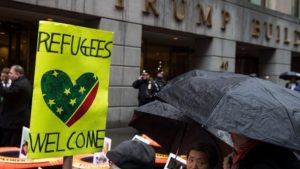 After the arrival in the United States as a refugee, a representative from a public organization, called a caseworker, will work with a person. Such a person provides adaptation of a refugee in the United States. He will give referrals to necessary organizations, also during 30 days he will deal with all problems a refugee may encounter.Besides, refugees have the right to receive material assistance counting $ 400 per person (for 8 months), medical insurance, food stamps and free courses in learning English (including illegals).In addition, assistance in renting accomodation and obtaining a loan may also be provided. At the end of the 30-day period, the case worker is obliged to make sure that the refugee family receives full state assistance, disabled and elderly people receive a pension or have filed the necessary documents. 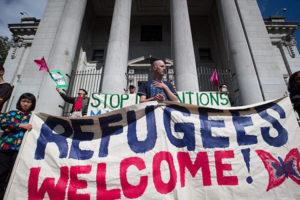 A person who helps refugees in adapting on the territory of the United States will also control living conditions (whether there is all necessary furniture in the house, whether accomodation meets security measures, etc.), whether minor children are registered at appropriate school and adults attend English courses. Moreover, the refugee and his family members will need to undergo a medical examination in a clinic for refugees, make an X-ray and undergo a tuberculosis check and choose a family doctor.

You can stay in a refugee status as long as you wish, but in a year, if a foreigner did not violate US laws, receive the refugee status by mistake and did not indicate incorrect information about himself when completing the forms, he has the right for a permanent resident status in the United States. To obtain a permanent resident status, it’s necessary to fill in I-485 form. Refugees also have the right to leave the territory of the USA if they want to go on a trip.

For consultation and more detailed information feel free to contact our company. We will help you to prepare all the necessary documents. We offer complete support at all stages of preparation as well as confidentiality and transparency without overpayments. Guarantee of success – 100 %.